A new international YouGov survey of more than 22,000 people in 16 countries reveals the most and least respected professions.

Coming top of the list are scientists, with an average score of +72 across the 16 countries. Doctors are not far behind, on +69.

Also scoring highly are architects (+67), senior managers in large companies (+64), and lawyers and graphic designers (both +57). 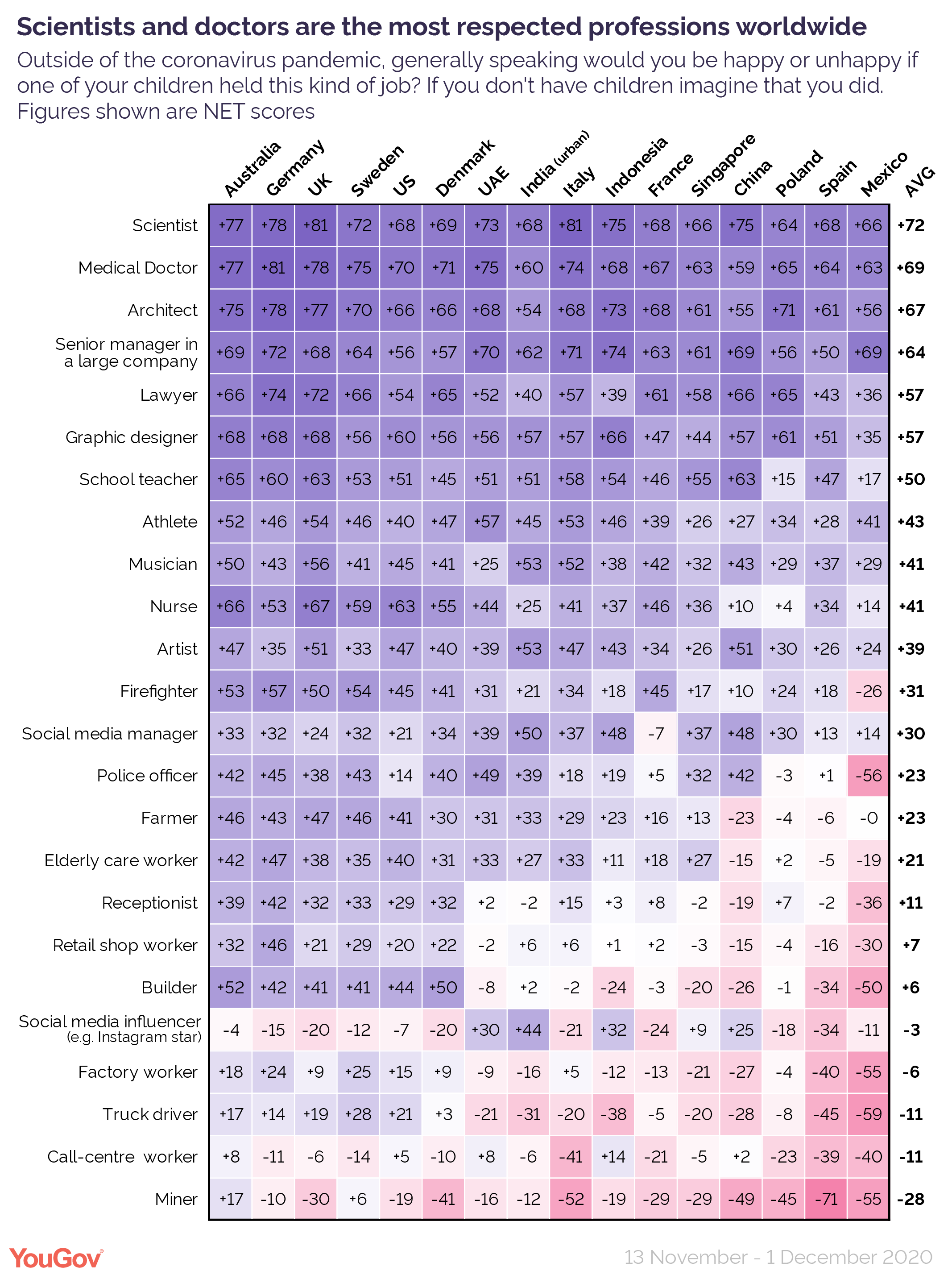 There are only two countries in which miners get a positive score: Australia (+17) and Sweden (+6).

The positive score in Australia is no doubt because miners can make a lot of money there. In 2011 the Wall Street Journal reported the case of miners making $200,000 a year in Australia, and research firm PayScale suggests that the average annual pay for a miner in Australia is currently AU$110,000

Receptionists, graphic designers, lawyers, architects and social media managers tend get higher scores with women across the global study. By contrast, miners and truck drivers tend to have higher scores among men.

There are notable differences depending on the country, however. In Mexico and Indonesia, for instance, there is a much more pro-male regard for builders, firefighters and truck drivers than is seen elsewhere.

In Italy and Sweden, almost every profession is seen more favourably by women than men. It is also noticeable that in every single European country women are much more likely than men to feel positively about receptionists (the rate is much lower in the rest of the world).

Across all countries, young people are generally more likely to take a favourable view of jobs than their elders.

In news that will surprise no-one, the job of social media influencer is the one that most divides young and old, scoring +16 on average among 18-24 year olds worldwide, but -15 among those aged 55 and above.

More surprisingly, the newest job on the list is as divisive as the perhaps oldest: miner. Younger people rate the job at -13, while older people give it -43, a 30pt difference.

See the full results her